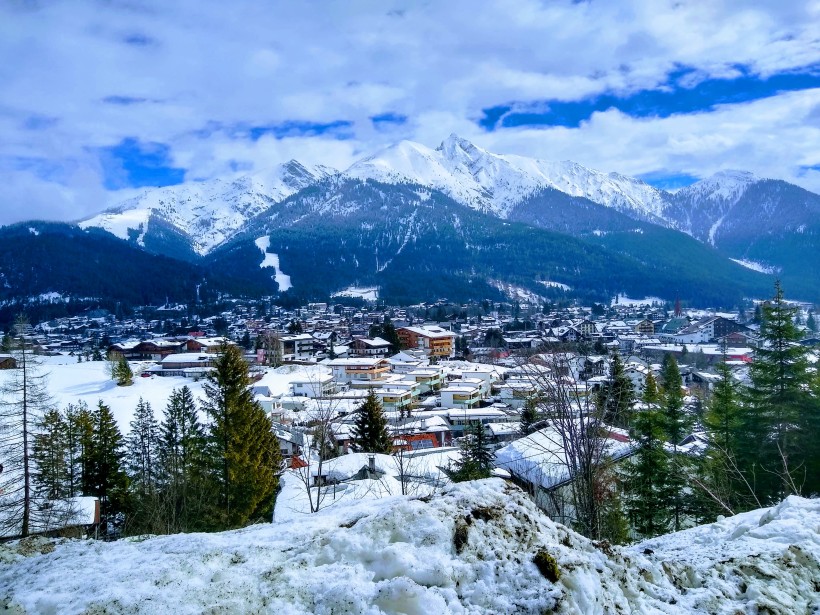 When my husband suggested we go away for my 50th birthday I didn’t hesitate. ‘Just take me somewhere with proper snow’.

Maybe it is because I was born in the middle of a snow blizzard (my mom had to ride in a police car behind a snowplough to get to the hospital!) or maybe it is because the first seventeen years of my life were lived in places where winter was white.  For whatever reason I love snow.  And although we often get an annual dusting where I live in England, it is rarely enough to satisfy.

So we booked five nights in an apartment in the Austrian Alps.

I had completely forgotten what it feels like to live life at the foot of the mountains.  We just could not stop looking at them, mouths open and cameras clicking wildly.  They were too beautiful, too imposing to ignore.  ‘It is good to feel small sometimes, isn’t it’, my husband commented.  And it really was.  There is a strange, comforting feeling of insignificance at the base of a mountain.

We were soon reminded of how quickly mountain weather changes.  One moment storm clouds would arrive, dropping the temperature and blocking the sun.  And then, as soon as you had put on another layer it would move away again revealing sun-soaked peaks that we had almost forgotten were there.  They always seemed bigger when they reappeared and we always felt even smaller.

Our apartment was cosy and the views were mesmerizing.  We never got tired of eating bowls of soup in front of the large window where we watched skiers on runs that were carved through pine forests.  They looked like tiny, speedy ants against the dramatic Alpine backdrop.

On three of our days, we had planned winter hikes.  Snow-covered trails were a new experience for us.  They were steep and tiring, even with the help of our new blue walking poles.

Our second hike was particularly difficult and we were afraid we had bitten off more than we could chew.  So we were ecstatic when we finally spotted the mountain hut, smoke curling out of the chimney and the smell of Austrian goodies that made our mouths water.  This is the Austrian way to climb mountains.  If you plan your trek well, you can recharge with soup and coffee and cake.  And the views take your breath away.

My noodle soup hit the spot.  Still warm from the hike, we sat outside around wooden tables and looked down, amazed at how high we were.  It was exhilarating, like being on top of the world.  Until, of course, the map showed us that a three and a half hour hike had only brought us a small way up this mountain, highlighting that our efforts, although commendable were relatively modest.

When we got back down to the village, with a mixture of careful hiking and less careful slipping and sliding, we looked back at where we had been.  We felt so tired, so happy and so, so small.

And then, on the last day, in the middle of fun and food, it happened.  My old enemy, anxiety decided to show up.  Like the mountain storms we had watched from our window, it blew in quickly and blocked out the sun.

And so I cried in a Mcdonalds in the middle of Innsbruck.  And I felt smaller perhaps than I ever remembered feeling in my life.

And my problem seemed bigger than it ever had before.  It loomed over me like those mountains we climbed and I knew that I could hike all day and barely make it out of the foothills.  The difficult truth is that anxiety is just too big for me.

But there is another truth, a truer truth.   My God makes an audacious claim in the Bible.

He tells me that He can move mountains.

These are such easy words to read.  They are familiar to anyone who has spent much time in church.  They adorn posters and bookmarks in every Christian bookstore in the world.

It is good to feel small sometimes.  It is comforting to know that I’m just a little speedy ant on this planet but what really matters is how big I believe God is and what I think He is capable of.

I don’t know what your mountain is today but I know how it makes you feel.  I know that it dominates the landscape of your life and sometimes it blocks out the sun.

And I know that it is probably too big for you but that’s okay.

Goliath was too big for David.  David had youthful passion and bravery but without God, it would have ended very badly.  David took on Goliath because He knew the size of God compared to the size of his enemy.

It is a gift from God, even in a dingy fast-food restaurant, to realise how much I need God. And it is beyond wonderful to know that we are children of the God of five-smoothe-stone miracles and mountain-moving power who doesn’t just tell us to lace up our hiking boots and try harder.

Which is a relief because I am small and the mountain is big.

But, I believe with my whole heart that God can move it for me.

And I believe that He will. 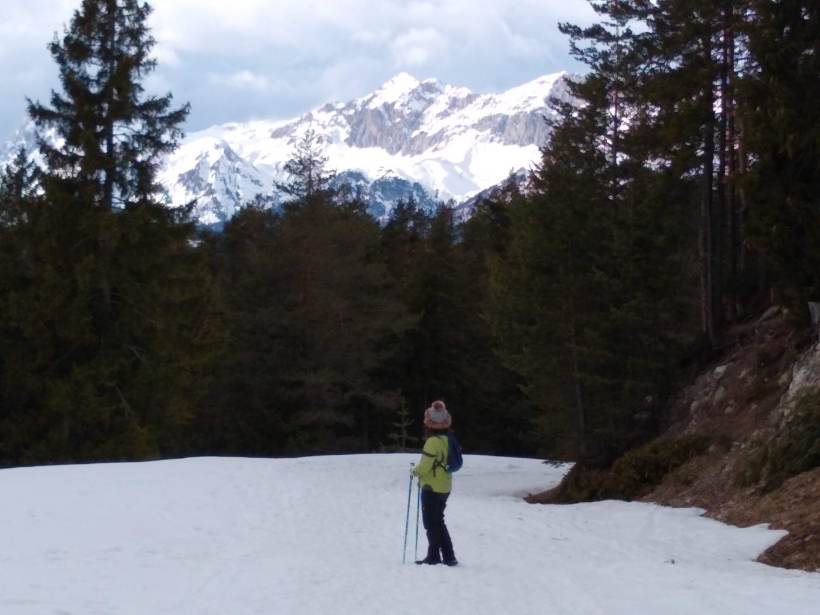 2 thoughts on “The gift of feeling small”